Though television advertisement is a trend which is still followed today and many companies are still using this tool for brand promotion however there are some disadvantages associated with it. The biggest disadvantage is that not everyone can afford television advertisement. Even for big companies, sometimes the cost becomes unbearable. The production cost of such advertisements is also high. The expense of making a good advertisement is also huge. Perhaps this is the reason why many brands go for other options now such as social media advertising and YouTube Marketing. 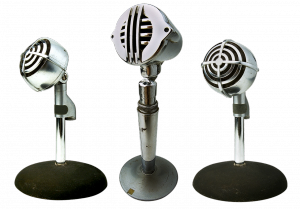 The biggest demerit of Radio advertising is that through it you cannot capture the national audience. The reason behind this fact is that the exposure time is very less. The duration of normal advertisement is not more than 30 seconds. Since the trend of radio is going down, hence it is hardly a medium worth advertising.

Cost is the main issue as far as advertisement through magazines is concerned. Nowadays the cost of printing and production is very high which makes this kind of advertising very difficult sometimes. The advertisers also charge high as they have to generate a lot of ideas and have to advertise in different magazines.

The lifespan of advertisement through newspaper is also much less. Usually people read the newspaper once. It happens once in a blue moon that a person reads the same newspaper again for the second time on the same day. So if your advertisement is skipped by the customers then that means loss for you both in terms of money as well as time.